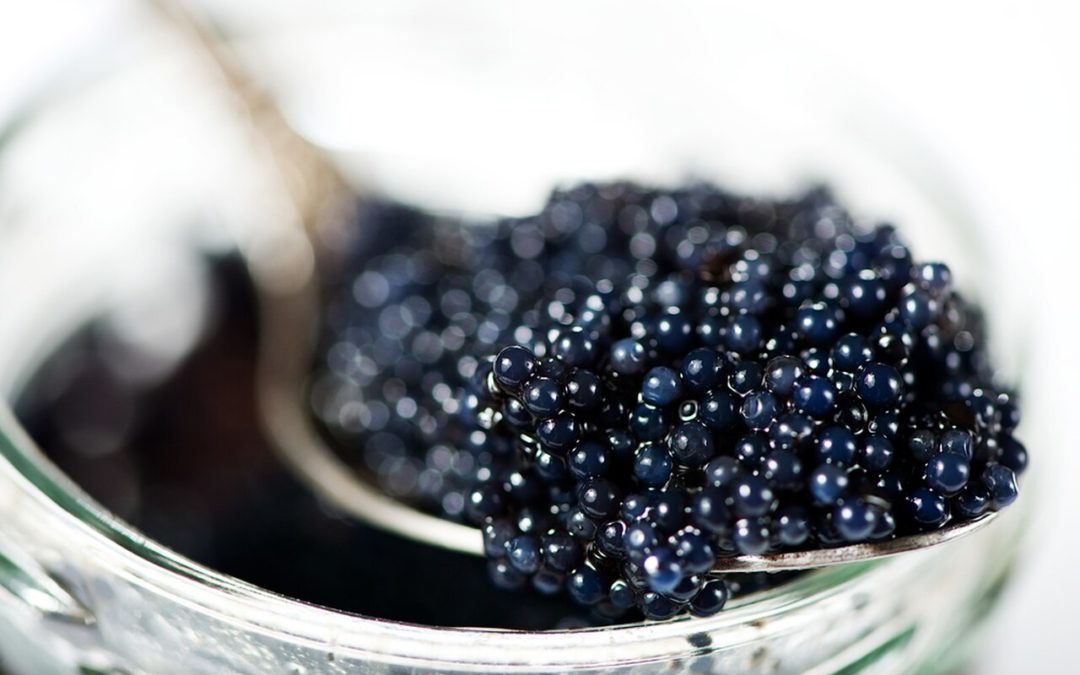 Everything you need to know about Russian Ossetra caviar

Russian Ossetra caviar is one of the most desired caviars in the world, prized for its rich, nutty flavor and sensuously buttery texture on the tongue. Russian Ossetra Caviar has served as the centerpiece at sophisticated gatherings for centuries, with discerning epicureans going to great lengths to indulge their taste for this delicacy. Overfishing once threatened the availability of this delightful taste treat, but sustainable farming methods have renewed the Ossetra sturgeon population, ensuring the supply of this high quality caviar for future generations. House of Caviar and Fine Foods makes Russian Ossetra and other exceptional caviars available through online purchasing, so discriminating connoisseurs around the world can enjoy the finest caviar at their table.

Where does Russian Ossetra Caviar come from?

The highest quality gourmet caviars are sourced from Beluga, Ossetra and Sevruga sturgeon fish. Russian Ossetra Caviar is obtained from the Ossetra sturgeon, which originated in the icy waters of the Caspian Sea. Ossetra sturgeon are slightly smaller than Beluga sturgeon and typically grow to around 10 feet in length, weighing between 50 and 500 pounds at maturity. They begin producing roe at fifteen years of age and can live up to 50 years. Ossetra Caviar once came exclusively from wild sturgeon, but overfishing began to threaten the extinction of the Ossetra sturgeon population. More sustainable methods of farming sturgeon were developed, and the highest quality Ossetra Caviar is now harvested in Russia and Iran from sturgeons sustainably raised in wild river fields and aquacultures.

Golden Imperial Russian Ossetra Caviar is the most prized variety of this delicacy, with large elegant grains that are a distinctively mellow light golden shade. Its nutty, buttery taste, delicate pop, and rich, creamy texture make it instantly recognizable by caviar connoisseurs.

Classic Russian Ossetra Caviar has medium sized globes with a firm texture that vary in color from medium to dark brown. This is the most affordable Russian Ossetra caviar, making it the perfect entry for those just venturing into Russian caviars.

For the best experience, Russian Ossetra caviar should be stored at in the coldest part of the refrigerator (26 to 32 degrees), and never frozen, as freezing temperatures may cause the pearls to burst. Discerning connoisseurs traditionally use mother of pearl spoons and dishes for serving caviar, because silver and metal service can impart a metallic taste to this gourmet delight. Russian Ossetra Caviar is often served with blinis and crème fraische, or enjoyed directly off the spoon by connoisseurs who wish to enjoy the taste and texture of the caviar in its virgin state.

To buy caviar online visit our House of Caviar and Fine Foods online store for the freshest, best quality caviar, fish roe, foie gras, truffles, other specialty foods, gourmet accessories, and gourmet gift baskets. Also, to learn more about this decadently delicious cuisine or for gift ideas, recipes and tips on how to eat caviar take a look at House of Caviar and Fine Foods Facebook page.