How Caviar is made: Everything you need to know. 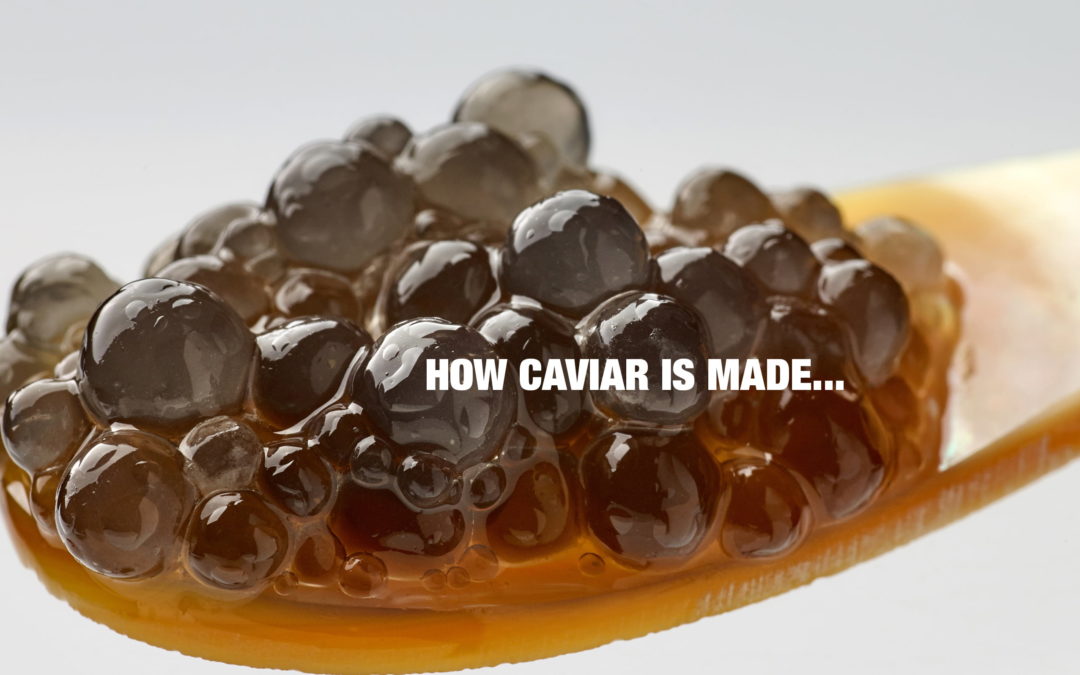 How is Caviar Made? If you have ever asked this question, here we will answer all about how this delicious delicacy called Caviar is made.

Where does real Caviar come from?

The first thing you should know that the sturgeon fish roe, a species native to the rivers and lakes of eastern Europe and central Asia, was initially called “Caviar.” 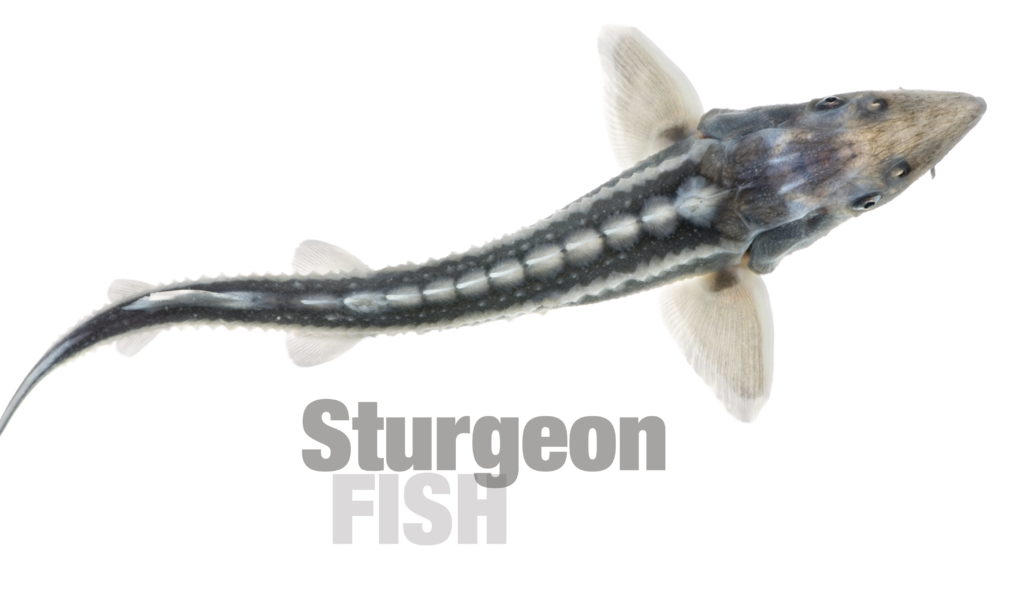 On the other hand, you must know that there are twenty-five varieties of sturgeon. The best known and ideal for preparing Caviar from the Caspian Sea are beluga, sevruga, and Russian sturgeon known as Caviar Osetra.

The high price of Caviar is due to this exclusivity in the fish that give this delicious delicacy. It is a reflection of the rarity or low availability of the sturgeon. Although, substitutes made with the roe of other fish are currently also known as Caviar.

There are roe or Caviar of salmon, trout, lump, paddlefish, and many more. But the real “Caviar” comes from the sturgeon since, for many centuries, their eggs were called that, only theirs. Today fish farm Caviar is found with excellent results in many parts of the world. They are produced with outstanding quality. 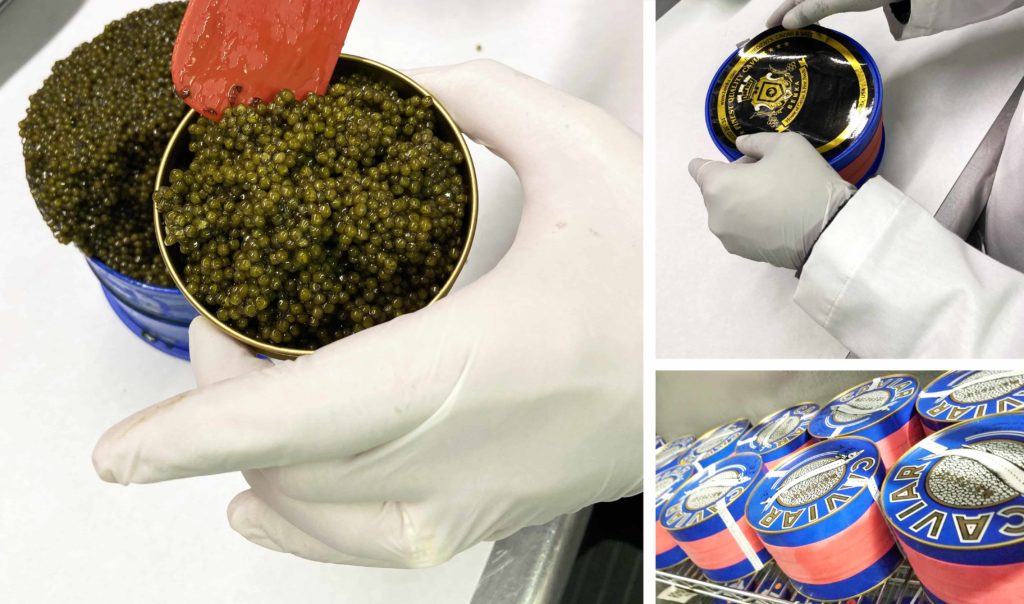 Although still far from the sturgeon varieties of Russia and Iran’s rivers that flow into the Caspian Sea.

There are few reasons why Caviar has risen so much in price in the last century. Few, but valuable. It is mainly due to overfishing. The rivers have seen hydroelectric dams grow that have destroyed the sturgeon habitat.

Hence, they remain in very few areas of the world. Also, fish farms are created where sturgeons grow to produce Caviar, still at a high cost because many years must pass for a sturgeon to produce eggs.

How is Caviar Made?

Ninety percent of the world’s Caviar production comes from the Caspian Sea basin. About half comes from Iran, from whose industry more than 6 thousand families live on the Iranian shore alone, being commercialized since 1991 by the official license Company. State Fisheries of Iran Shilat.

According to the International Sturgeon Research Institute, the number of sturgeons has plummeted since the breakup of the Soviet Union. To avoid fraud and that the Caviar consumed comes from legal sites, CITES has been launched, or key to preventing fraud in many cases with a Chinese origin producer.

So, let’s talk about Caviar production and how it is obtained.

Caviar is obtained from inside the sturgeon. To get to the final product that is “Caviar,” there is a process of extraction of the roe of the sturgeon or the fish used for this process, which requires using the latest technologies. 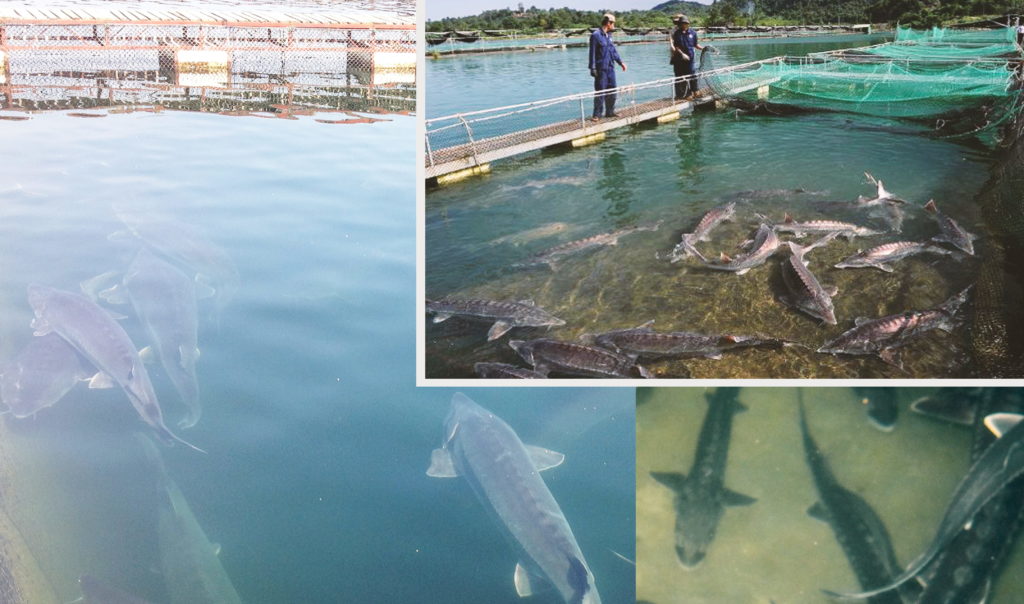 The cultivation and commercial harvesting of Caviar has become popular due to overfishing in the wild. Around the world, sturgeon are raised for Caviar by aquaculture. A process in which sturgeons are presented from a young age, they are fed and given the conditions they need to ensure optimal growth of the fish.

Once the female ovulates, tests are carried out to ensure its quality. Some of the processes used to determine the quality of eggs are ultrasound, biopsies, and ultrasounds.

Various methods are used to sedate the fish. These include exposure to carbon dioxide or sedatives, as well as sedation through low electrical current. Once the fish are sedated, high-frequency ultrasound is used to assess the sturgeon ovaries or row sacs and to assess egg production in each fish, one at a time.

In a later phase of the process, the Caviar Roe is removed, separated by its appearance, firmness, or size, and is then treated for sale to the public.

The traditional way of making Caviar is by capturing the sturgeon even when it is alive. It gives it a blow so that it is stunned; then, the ovarian sacks are extracted.

The roe is passed through a sieve to loosen the eggs and separate them from the membrane. The caviar is then classified by size, which gives different categories and prices, classified as 0, 00, and 000.

The most appreciated and expensive caviar are Beluga Caviar, Osetra Caviar, and Sevruga Caviar.

Each caviar has characteristics, both salty and size, color, flavor, aroma, etc.

It is a very sophisticated world, full of flavors and luxuries. So if you have the opportunity to eat caviar and try them all, don’t hesitate for a moment, as you would be trying one of the most sophisticated delicacies in the world.

At House of caviar, we offer you a great variety of caviar and substitutes that you should try. We offer you quality and the opportunity to have the best-imported caviar in your hands.