5 facts about Sturgeon Caviar you should know 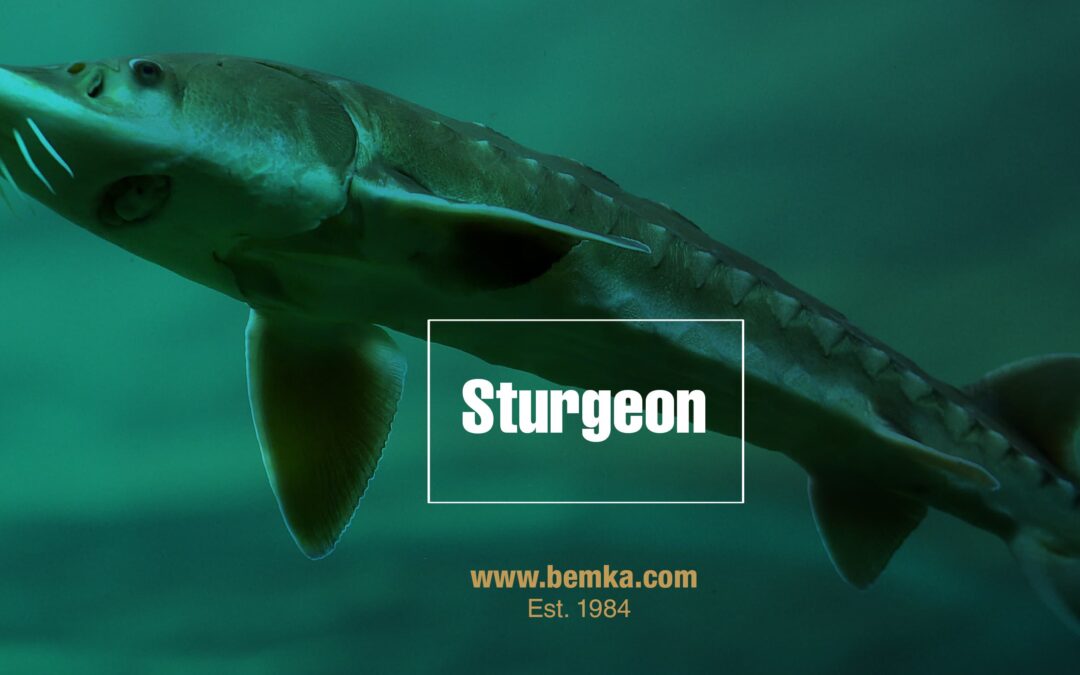 How much do you know about the Sturgeon fish? Find out about where it comes from, how its process, which types of Caviar are made from it and what’s its current state reading this blog. You’ll definitely learn a lot!

If you like Caviar, you should know it is made from the eggs of the Sturgeon fish. Did you know that? Good for you! Now keep reading cause we’re gonna tell you five facts about this fish so your next conversation about Caviar will be as a total expert.

1.What is Sturgeon fish and where does it come from? 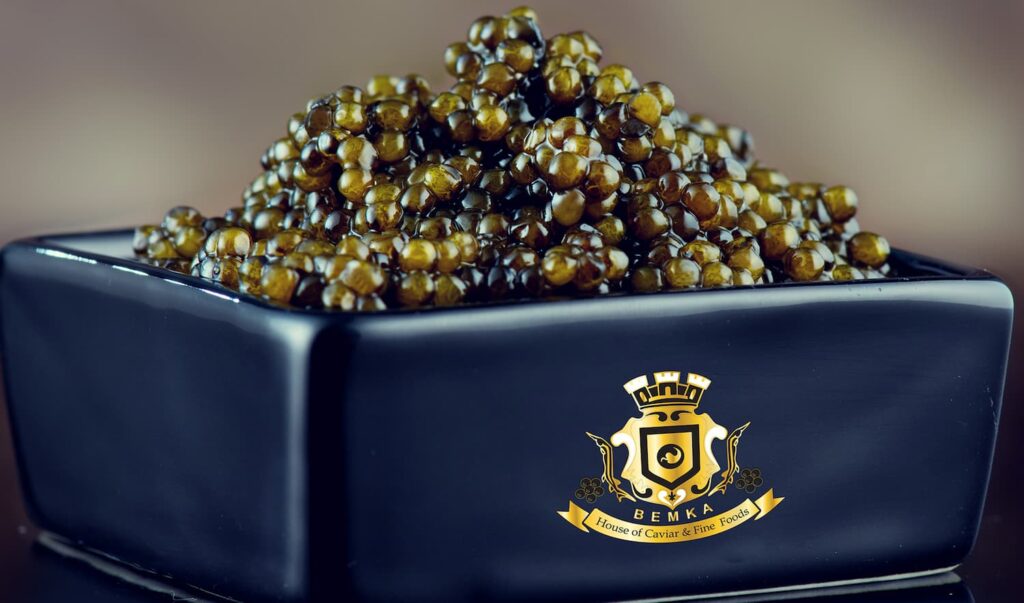 Sturgeon is a highly reputed fish recognized by its eggs. There are various species of sturgeon fish living  in the fresh waters of the northern hemisphere. Sturgeons can grow up to 6 metres in length, weigh over 100 kilograms and live for over 100 years. They are carnivorous and mainly feed on worms, invertebrates, shellfish and small fish, combing the river bed with their snouts and sensitive barbels.

2. How’s the farming of Sturgeon fish? 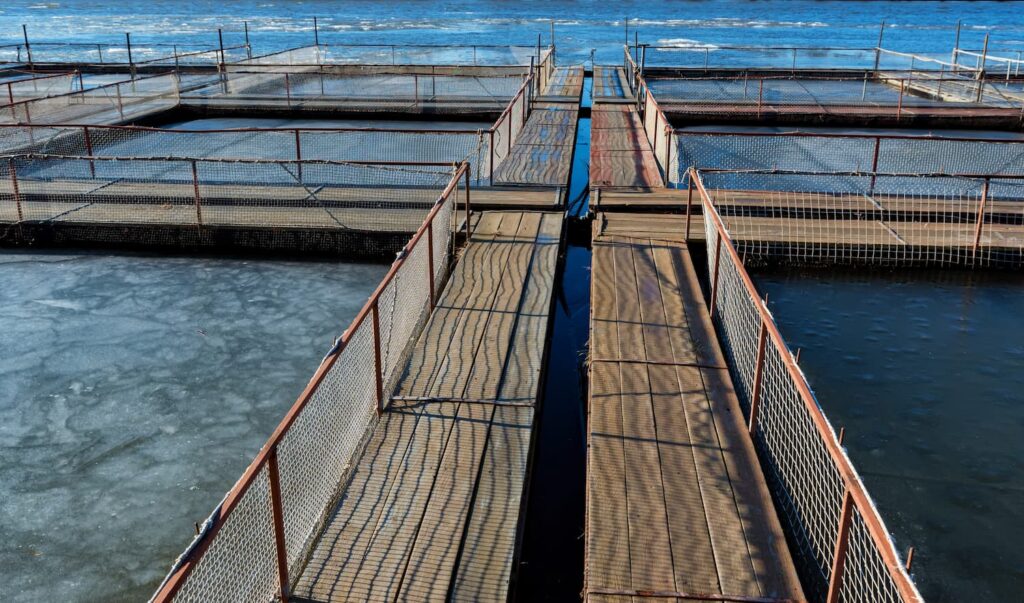 Farming sturgeon to produce caviar is expensive. This is mainly because the females mature late. Smaller species can only reproduce when they are between five and nine years old whereas the larger ones are only sexually mature when they are between eight and fourteen years old. In the past, the females were slaughtered to extract the eggs from their abdomens, but currently these techniques have evolved allowing the eggs to be harvested without killing the fish.

The eggs are then weighed and sieved to remove them from their egg sack. After they have been washed and drained, they are graded according to quality. This is judged by the firmness, colour, smell and taste of the grains. The Caviar is then salted to improve its taste and enable it to be preserved for longer. The salt is thoroughly mixed with the grains of Caviar, but only briefly, so that they retain their firmness. The Caviar is then placed on a sieve to dry. Almost 5% to 6% of the egg’s weight is lost during this process.The Caviar is then quickly canned to stop it collapsing. The grains are packaged in metal tins and sealed with an overlapping lid to let as much air out as possible. Those due to be exported generally weigh 1.8 kg. They are then re-packaged in smaller tins by retailers. The tins are transported in refrigerated lorries. Small amounts are sometimes shipped by air freight.

3.How does Sturgeon Caviar taste? 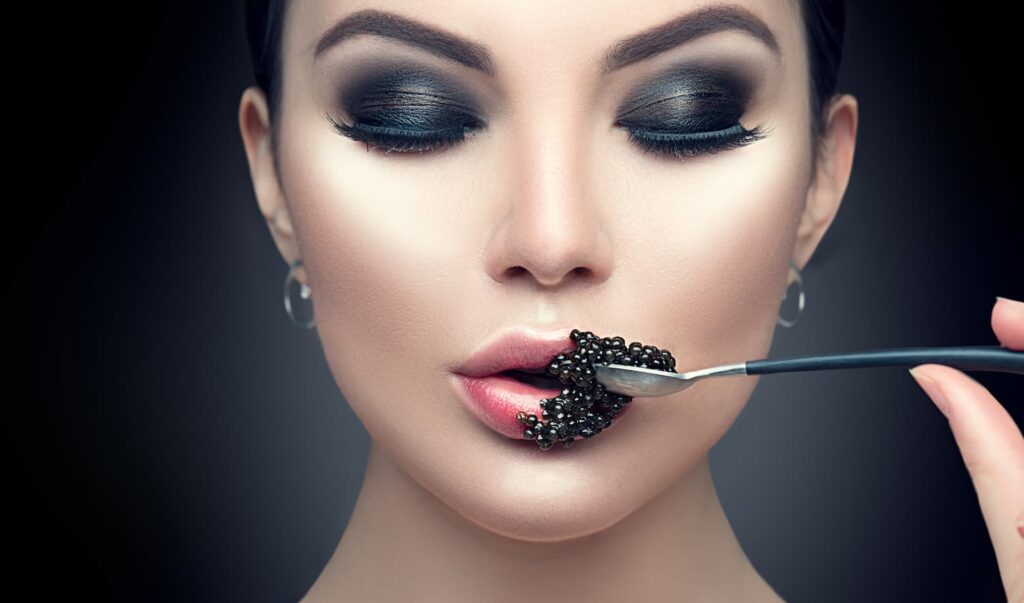 Caviar tastes somewhat like egg yolk, with a touch of herbs and iodine. Some varieties may be reminiscent of hazelnuts. Caviar has a recognisable sweet, fresh smell. To release its delicate flavour, you pop the grains of Caviar against the roof of your mouth with your tongue. Eating it with bland toast or blinis brings out its taste. Premium quality Caviar is marked as Malossol, meaning ‘little salt’ in russian, and contains between 2.8% and 4% of salt. However, it also contains borax, very fine salt used as a preservative. The second quality contains up to 8% of salt. The third quality is pressed Caviar, made from soft, broken or over-mature eggs which are mixed with brine and placed in small oak barrels.

4.Which types of Caviar can you get from Sturgeon fish? 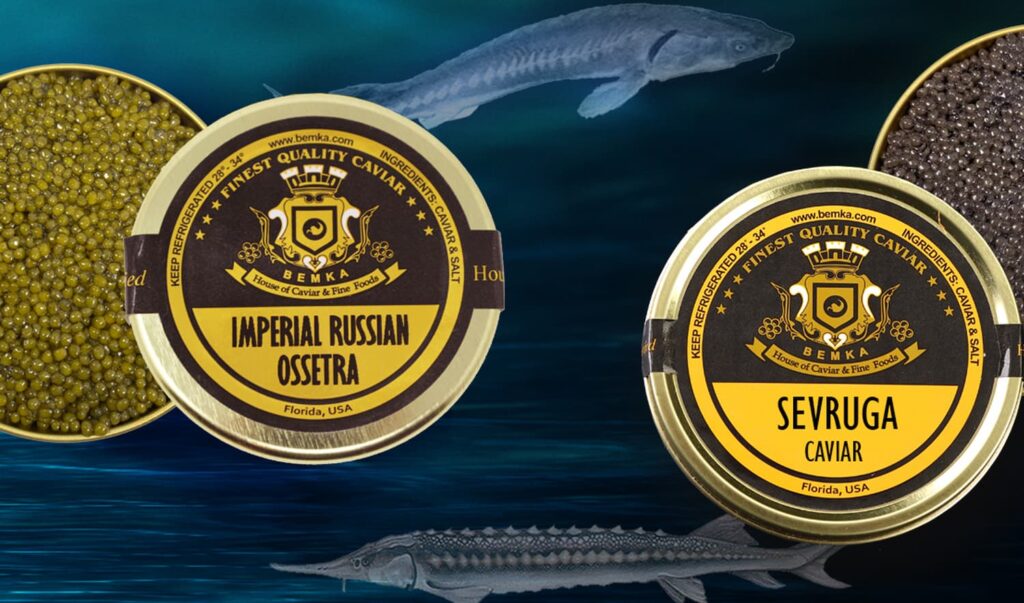 There are different types of Caviar depending on the species of sturgeon. The Beluga produces around 15 kg of large eggs, called grains, which are dark grey to light grey in colour. They are also more fragile. This is the most expensive Caviar, but not the best according to gourmets. The best Caviar is considered to be from the Osetra species, whose smaller, firmer grains keep better. Between 5 kg and 20 kg of Caviar are extracted per female and the grains vary in colour from dark to golden brown and even anthracite grey and caramel. Ossetra Caviar has a particularly delicate flavour with a hint of hazelnut.  Sevruga Caviar has the smallest grains. Between 2 kg and 8 kg are taken from each female. The grain is dark grey and its taste has a touch of iodine. 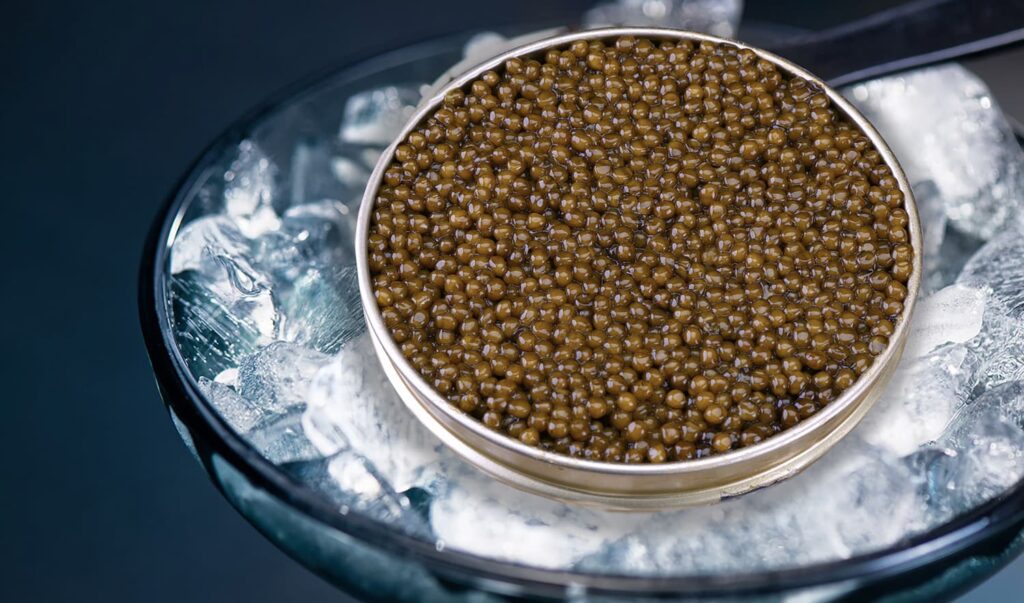 Given the significant depletion in sturgeon populations, sturgeon fishing has almost disappeared globally and exporting wild sturgeon is now banned. Sturgeons are readily overfished, and the International Union for Conservation of Nature and Natural Resources (IUCN) lists more than half of the remaining species as critically endangered. The Chinese sturgeon is thought to be the species most at risk, because its population declined nearly 98 percent between 1973 and 2010. This decline has been associated with water pollution in the Yangtze and dam construction that has blocked access to or changed the flow regime near the sturgeon’s remaining spawning areas. Some researchers worry that the species is close to extinction because there was no evidence of reproduction in the wild in 2013 and 2014.

Now you know all of this about the Sturgeon fish, are you ready to try Caviar? Visit our store in House of Caviar. We have a great variety of the best quality Caviar imported and domestic just a click away from you. Visit us!