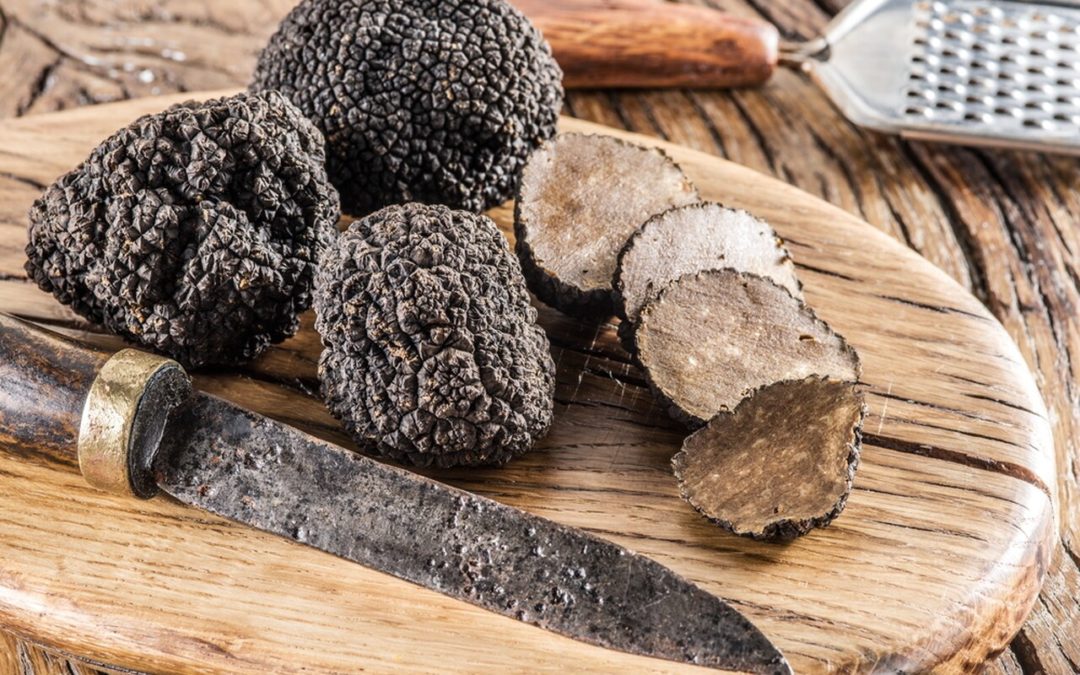 New to Truffles? Learn all about the different types of truffle mushrooms.

In culinary vernacular, truffle are a pricey epicurean mushrooms. Like caviar, over the centuries truffles has been a delicacy enjoyed primarily by food Connoisseurs and the elite sectors of society. In the last thirty years however, House of Caviar & Fine Foods has enticed a broader consumption base with their selection of the most elusive and preferred varieties mostly from France and Italy.

Although there are dozens of different types of truffle, only a few are actually edible. They are mostly classified based on taste, smell and appearance. Although even the rarest variety can be found in locations around the world, they are not always easy to find. As such, foraging for rare types of edible truffle mushrooms and actually locating them can feel like discovering a treasure. Also, the specific conditions necessary for cultivation of these varieties paired with their tantalizing aroma, pungency and perceived aphrodisiac properties increases both their allure and value.

Ounce for ounce, the Italian White Alba truffle is recognized as the most expensive. The price of Alba Truffles could vary from $ 2,500 to $ 4,000/lb. At a recent auction, an investor paid as much as $330,000 for a white truffle mushroom weighing under three pounds. Falling under the umbrella of the world’s  best truffle mushrooms are:

Italian white truffle have a symbiotic relationship with the roots of oak, willow, beech and poplar trees. They are aromatically stronger than others with a distinctive earthy and garlicky taste. Coupled with a smooth texture, white truffles have a reputation of being adept at luring diners in from the first whiff or bite. Despite their extravagant price tag, white truffle mushrooms lend their essence primarily in a supporting role to main dishes. It has been shaved on everything from risotto to lobster and even on a very expensive breakfast bagel in upscale venues. Italian White truffle is found in Piedmont and Tuscany in Italy.

The Black Winter Truffle from France or Italy is known for its fruity qualities. A brown-black exterior covers its veiny white interior. These fragrant and popular delicacies are mostly found in the Périgord region of France. Black truffle mushrooms complement cuisines all over the world and can turn even the most mediocre dish into a decadent dining experience. It grows between November and January.

Although much milder than its more expensive counterparts,  Black summer truffle mushrooms have nonetheless clearly established their culinary value. Since cooking releases the aroma and flavor of these summer grown truffles, they are a great addiction to soups, sauces, meat and seafood such as caviar and lobster. Their contribution as a finishing element when shaved on other main dishes should not be overlooked.

These delicious truffles are available fresh or preserved in tins and jars. In a combination of  truffle specialties such as Black Truffle Tartufata Sauce, Italian White Truffle Butter, Winter Black Truffle Cream and Black and White Truffle Sea Salt to name a few. In addition to fresh truffles, these appealing configurations help to satisfy a range of palates as well as being a fantastic way to introduce this delicacy to the “as yet” uninitiated truffle consumer.