​Why Is Beluga Caviar Restricted 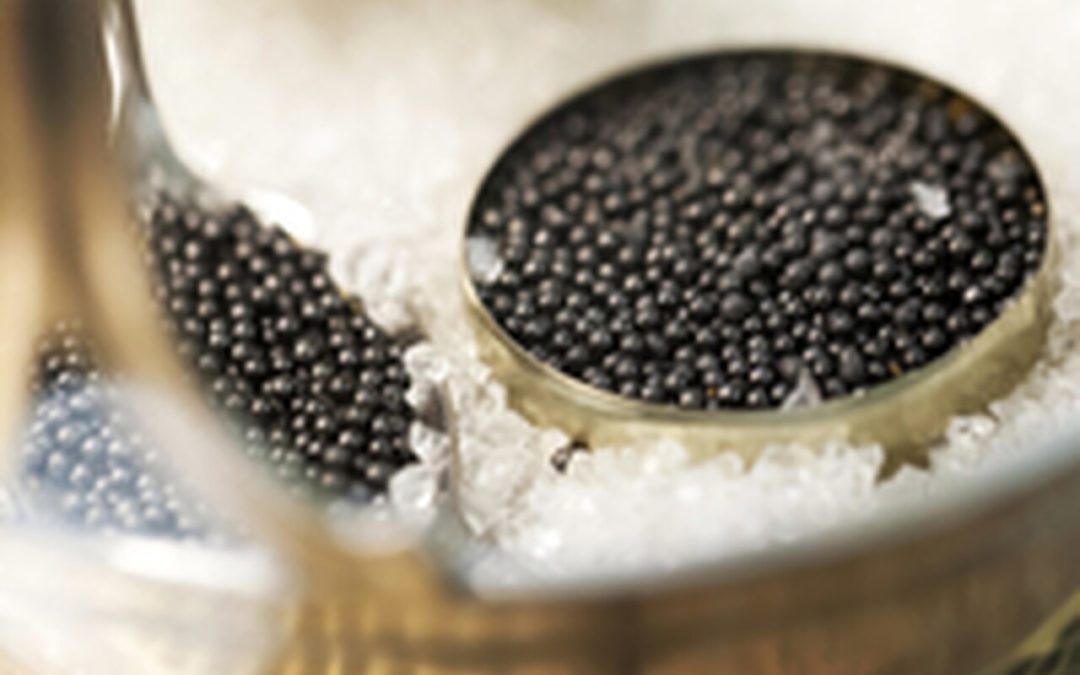 Why is Beluga Caviar restricted or illegal to buy or sell in the United States? In short, because the Beluga sturgeon where the caviar eggs come from is critically endangered, so there are laws set to protect these endangered species. Do not be alarmed; although Beluga caviar is one of the most recognized caviar, there are many other types of caviar that have similar qualities and can even be considered tastier or of higher quality than Beluga caviar that you’ll be sure to want to try instead. For a more explanatory description of why Beluga caviar is illegal to buy this delicacy as well as Beluga Caviar substitutes, please read on.

The glossy black eggs of the Beluga caviar are as elusive as they are pricey. The traditional source of this classic delicacy is from the sturgeons in the Caspian and Black Sea. Over the years, as the demand for Beluga Caviar increased however, overfishing and environmental effluence threatened the survival of these primordial fish. According to data from the Caviar Emptor environmental coalition, between 2004 and 2005, the sturgeon stock in that region, declined by as much as 45%. As a result, caveats from concerned marine biologist and environmentalist led to restrictions and bans on the production, importation and sale of Beluga Caviar.

Although the ban has been lifted by the United Nations for some sources of Beluga Caviar, under the Endangered Species Act, it is illegal to buy Beluga caviar in the United States. Not surprisingly, these constraints have severely restricted the average individual’s ability to buy this highly favored luxury food.

These restrictions have also resulted in:

Most caviar purists will assert that, the Beluga Caviar is the rarest, most sumptuous and expensive delicacy in the world today. And, while they will no doubt protest, there are other caviars that closely mimic the delicate and exquisite redolence of the Beluga Caviar. In fact, some avid caviar connoisseurs have even gone so far as to confess to having a preference for another caviar variety over the highly relished Beluga Caviar.

Whether you are craving Beluga Caviar or your recipe calls for it and it is simply out of your reach at the moment, why not try one of the following  Beluga Caviar substitutes.

Next to Beluga and Kaluga, Ossetra Caviar is one of the most esteemed and costly types of caviar. The Ossetra sturgeon can live up to 50 years and weigh as much as 400 pounds. High quality farm-raised Ossetra sturgeons supports the demand for the endangered Caspian population. Ossetra caviars also vary in color from golden to deep brown. However, the rich, robust flavor of the lighter Ossetra variety are typically the most sought after. In addition, the range of the Ossetra Caviar selection makes it a viable substitute to Beluga Caviar since it provides more flavor offerings. The varieties include Russian Ossetra Caviar, Siberian Ossetra and Golden Imperial Ossetra to name a few. Like any other high quality caviars like Beluga, Kaluga Caviar is typically served on blinis with crème fraiche as opposed to being stuffed into seafood dishes like cheaper versions.

Although Hackleback Caviar may seem like an unlikely option next to the pricey Beluga, Kaluga and the Ossetra varieties, don’t miss out on the potential inherent in this affordable substitution. For centuries, American Hackleback has been exported to Europe and Asia. In fact, the sweet and buttery flavor of the Hackleback so closely resembles its European equivalent in both appearance and taste, that this caviar is a staple in the kitchen of many world renowned chefs.

When looking to purchase the highest quality of Caviar, such as Kaluga, Ossetra, or Hackleback Caviar, find the best at House Of Caviar and Fine Foods by shopping online , or for their expertise in choosing your selection of Caviar, call 954.462.0533.